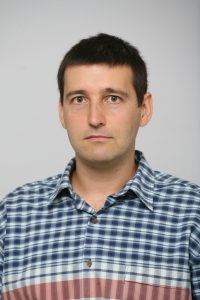 Alex, known by his nickname Zagata, is a Bulgarian professional astrologer.

Zagata practises Astrology in its original form – free of psychology, karma and beliefs about collective evolution. He helps people know their destiny, gain a broader understanding of their life and how to get the most out of it. He provides practical and specific information that can be of immediate benefit to his clients.

Who He Does It For

Historically, Astrology has been available only to kings, religious leaders, aristocrats and the rich. With his desire to be of help, combined with his diplomas in the humanities, the target group of this Bulgarian professional astrologer is the average person.

From the university youth who asks Zagata when he will find a job, to the young woman who wants to know when she will get married, whether she will have children and when, to the businessman who wants to protect himself from losses – all these people need answers provided in easy-to-understand language.

What Sets This Bulgarian Professional Astrologer from His Competition

Inquisitive by nature and always looking for the big picture, it so happened that the first time Zagata left Bulgaria he needed 5 planes to get to Alaska. And he could have gone by bike to Romania in 2 hours. In the United States and elsewhere, he interacted with people from all continents and fields, further expanding his horizons.

Unlike many astrologers who dedicate themselves to the first astrological teacher they come across and shape their practice in his/her image and likeness, Zagata is a seeker and experimenter. Just as he was a vegetarian, vegan, raw foodist until he found what was best for him, so it is with Astrology. He spent more on Astrology than on his bachelor and master’s degrees, until he gradually discovered the original and most advanced form of astrological science. First, Ancient Astrology, and then Chinese Astrology.

After years of intensive study, research and practice, the Bulgarian professional astrologer became one of the few in the world who are versed in Ancient Astrology, BaZi and He Luo Li Shu and have integrated them. His full written horoscopes are the most detailed in the world and contain about 100 translation pages. Zagata is one of the few astrologers who offer determination of the length of life. He is also among the few astrologers who offer Yi Jing Astrology services in English. In 2017 Zagata became the first astrologer in Western history to produce an Astrology rectification course that teaches rectification without a time of birth. In that same year, he became the first astrologer in the world to decipher an ancient astrological text from the 2nd century CE astrologer Valens that deals with the topic of being abroad and emigration. No such detailed material exists in any other Western author in history. In this way, Zagata made the technique available to astrologers for the first time in 1,800 years.

Why He Does This

Because Ancient and Chinese Astrology objectively reveal secrets and information about the native and others that cannot be learned in any other way: from finances, love and health, to self-sabotage and spiritual lessons. Thanks to them, Zagata knows how to take risks and when not; when to be careful with his health and so on.

Because he has liked from an early age to find lost objects and solve mysteries. Turning the unknown into the known, using only the ancient astrological science, gives an incredible sense of fulfillment.

A recent example: this year, foreigners living in a city of over 1 million sought out Zagata in the hopes of helping them find their lost cat. She had disappeared on the day of the curfew. Three people had been looking for the cat for 12 days before asking him the horary question. It was inconvenient and stressful to look for a missing pet in such an environment, with police presence and people wearing masks. He had not visited this city, nor used photographs of it. He relied solely on his skills in horary Astrology and Plum Blossom Numerology aka MeiHua YiShu. So the Bulgarian professional astrologer, sitting on his chair in front of the computer at home, told people abroad in which direction their lost cat was, what kind of place it was and that it was hidden. 3 days later, they managed to find their lost pet. The feeling in question was present in people’s grateful feedback and, of course, in Zagata.

There are few professions that can bring this feeling and help to other people.

What Should Do I Now With This Information?

About 1,500-2,000 years ago, when Ancient and Chinese Astrology appeared, knowledge was inaccessible to the average person. Ironically, we live in the Information Age. You don’t have to come to Ruse/ London/New York to meet an astrologer there. Today, knowledge is more accessible than ever, but most people neither value nor seek it. They prefer to spend their time on social media or on the Internet. To distract themselves with sports or alcohol, or to be on their mobile phone. The Roman Stoic philosopher Seneca from the 1st century AD writes how people are stingy with gifts, money, and real estate, but they carelessly waste the only thing they can’t get back and that is more expensive than anything – their own time.

Zagata provides this information to people who feel attracted to it. Who feel on some level that life can be much bigger than today’s world. A world in which people are driven to become desensitized, detached from each other and to waste their time. Ancient and Chinese Astrology, based on ancient philosophy, encourage not only a broad perception and general view of life, but taking action.

Zagata does not smoke, does not drink alcohol and does not take any mind-altering substances. He is a follower of Classical Pilates and performs an ancient form of Qigong on a daily basis. Contrary to expectations, psychology is something he is keenly interested in and practising. Psychology simply has no place in Ancient and Chinese Astrology. Zagata has also completed the Habits Academy Master’s Course of American author James Clear.

In case the above information resonates with you, or you would like to know more, check out the blog and services.

If you have a question or comment, write them below. I will be happy to answer them.