The Astrology of non-humans – the title kind of seems strange, doesn’t it? That is not just because of the anthropocentric beliefs of the majority of the people. This is due to the fact that Astrology is by far applied more on charts of humans as opposed to other organisms.

By non-humans, I mean beings or creatures that are either alien or hybrid or some form of hybrid between human and animal.

Astrology of non-humans in the ancient texts

Though I recommend the translation of Robert Schmidt (or Robbins).

Also Rhetorius the Egyptian (6-th-7th century) talks on this subject in his chapter 54, translated by James Holden.

Also Bonatti (13th century) does so too in part 2 chapter 1 in Bonatti on Natal Astrology translated by Ben Dykes. There are other authors that speak on this subject as well.

Fictional horoscope of a non-human, which meets the criteria in the text 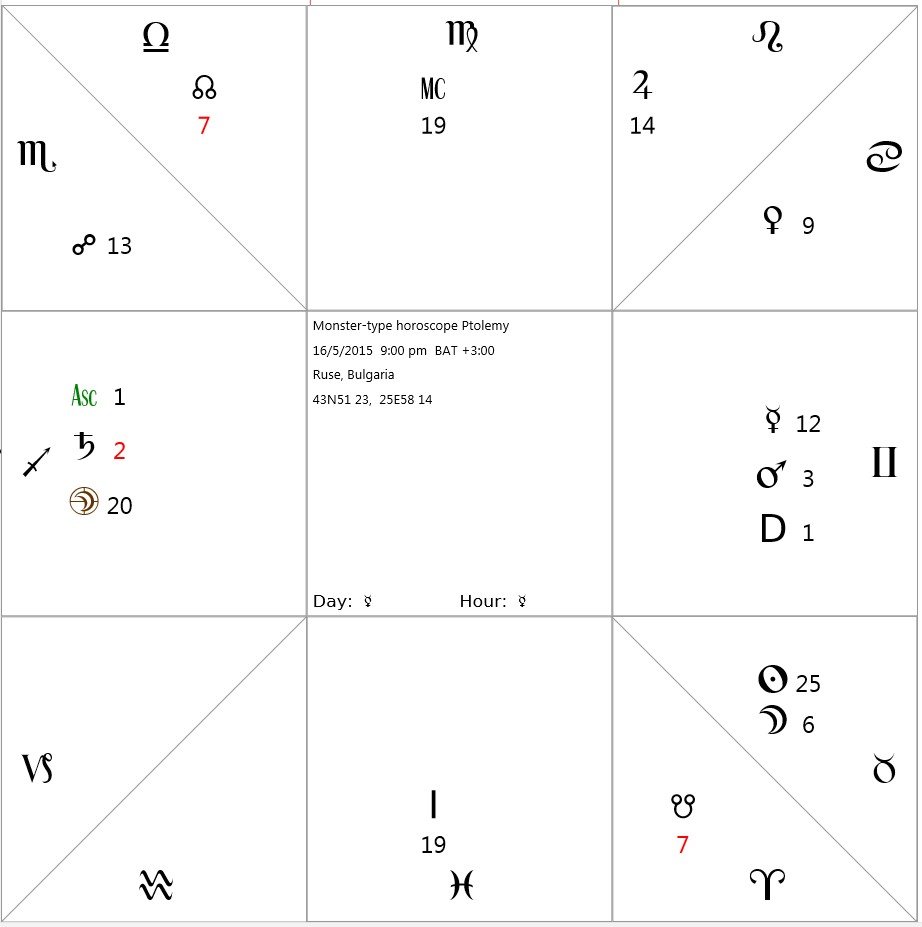 Where in the above link the translation says “the birth will in that case not be human”.

Schmidt’s is: “the offspring will not be from mankind”, and part of his footnote says that it could mean either “not of the human race” or “not from human parentage.”

This is getting interesting, isn’t it? What specific creatures could Ptolemy have had in mind? He mentions savage animals, cats, dogs, apes, but one is left to wonder of their origin and whether they come from Earth.

Why did the ancient astrologers not mention the parents of such creatures? Were they aliens?

What I find puzzling is why the ancient authors did not mention the parents of such creatures or beings. Were they human or alien or hybrids or what? I mean, no mention is made of their charts.

Surely, to think that every human couple will have such a creature or being as offspring provided that the baby is born under the many conditions, quoted not just by Ptolemy, is kind of preposterous.

As I do 100 percent Astrology, my interest in such creatures or beings is not just their origin or character but their longevity and how it compares to those of humans.

I will have more to say about comparing the astrological calculations of the length of life of humans versus those of other species in my next article.