This article is about announcing my intention to begin openly integrating Ancient Astrology and Chinese Metaphysics.

This above saying is extremely important to keep in mind. This is because Ancient Astrology rests on a different philosophical basis than Chinese Metaphysics. They have an awful lot in common,  but can be and are very different at the same time.

Let it be clear that, just as with Astrology, I am practising Classical Chinese Metaphysics. I don’t mean the modern watered down New Age version of psychology bordering on flattery and political correctness. I mean the thousands of years old ancient Wisdom which was outlawed outside of the Imperial Court because this Knowledge is extremely powerful.

My thanks to Victor for his free BaZi, Yi Jing Astrology and Ze Wei Dou Shu free calculator: 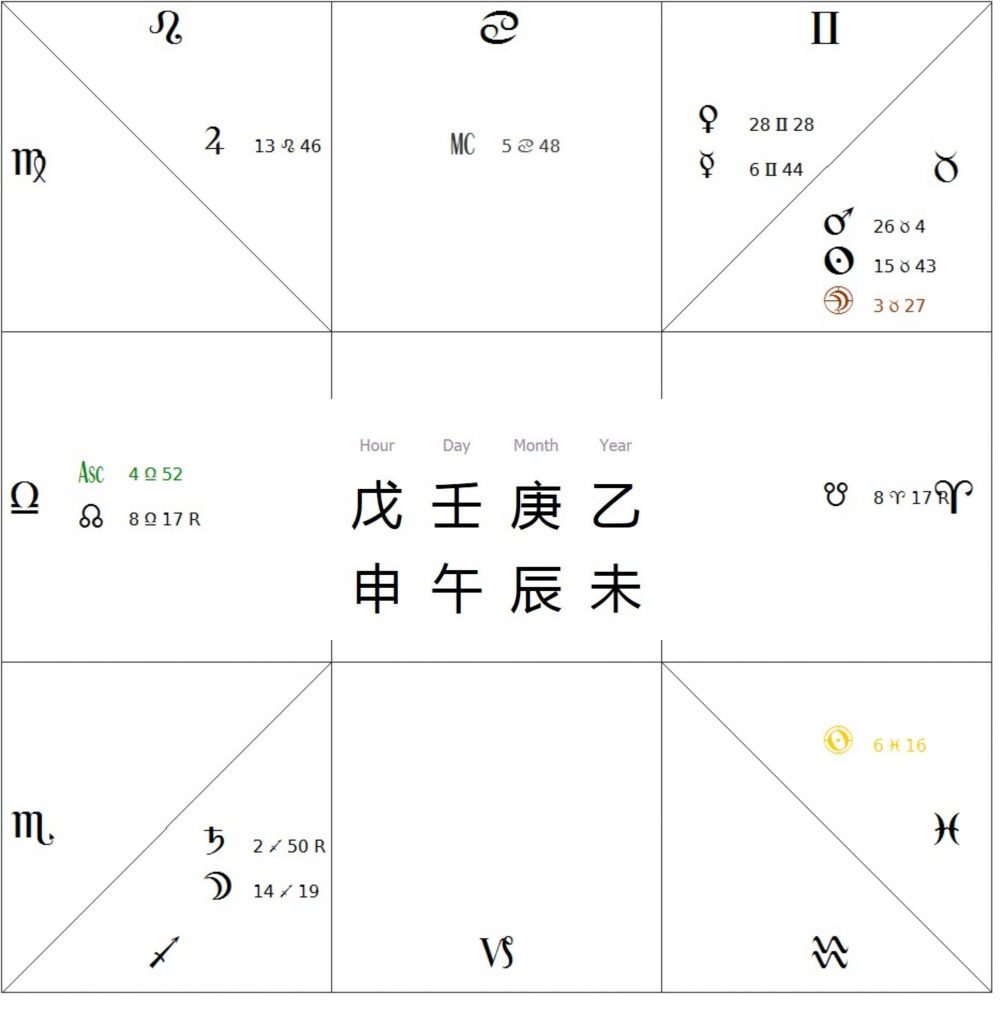 Also, by “integrating”, I don’t mean some hodgepodge. As I said, these fields of Knowledge have more in common in unveiling one’s destiny and life purpose, but are different philosophically. Therefore the practitioner must not mix them in a way that they lose their original foundation as well as cultural context.

Ancient Astrology and Chinese Metaphysics can be, of course, used by themselves. However, when one starts to integrate them, it is immediately apparent that they can and do become even more powerful and revealing. After all, that is one of the reasons why such Knowledge was hoarded and scattered throughout the planet. Luckily, at least the Chinese (and the Indians but I digress) preserved their System of Knowledge to a larger extent than other cultures.

The purpose of this section is primarily to show the common principles behind Ancient Western Astrology and Chinese Metaphysics. Applying them in practice is crucial and will be illustrated. Understanding the philosophical parts, though, is just as essential.

Written in May 2015. This used to be a separate section